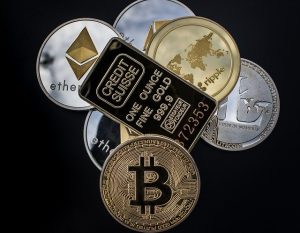 Many individuals across the globe carry on to speculate on the future of cryptocurrencies such as bitcoin, the first and most popular digital currency in the market. Crypto supporters believe that cryptocurrency is a worthwhile investment so many sell or/and buy cryptocurrency for various reasons. Many regard cryptocurrencies as the “currency of the future” hence they begin to buy them today before they grow to be more expensive and valuable. Others love the idea of the blockchain technology being it decentralized making it a much safer and secure mode of payment compared to traditional currency, whereas some like these digital currencies as they are increasing in value and carry no interest in the long-term acceptance of these cryptocurrencies as a manner of moving money.

Cryptocurrency – What is it?

As a refresher, cryptocurrency is virtual money, a digital currency that is protected by cryptography making it practically impossible to double-spend, manipulate or counterfeit. Many cryptocurrencies are decentralized networks on the blockchain technology. The blockchain is a distributed ledger that is administered by different computer networks. One of the major features of cryptocurrencies is that they aren’t issued or distributed by a central authority (hence decentralized) supposedly making them immune or resistant to manipulation or inference from the government. 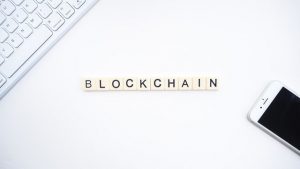 A System of Governance Based on the Blockchain

Many cryptocurrency supporters believe that the blockchain technology could serve a unique function in averting corruption in the government as the technology presents a singular combination of record keeping that is tamper-evident and permanent, real-time, transparent and auditable transactions, as well as an automatic smart contract feature.

Although these features that the blockchain technology possess could help in preventing corruption, the blockchain on its own can’t completely put a stop to crimes or prevent corrupt or crooked actors. Moreover, while blockchain can be compatible with and enhance existing legal frameworks and social structures, its effectiveness is just as great as the system wherein it is a part of.

Without a consistent enforcement of law, precise and specific informational inputs, sufficient technological knowledge, political elites who are supportive and cooperative, as well as societal support and goodwill, a system of governance that is based on the blockchain may not be able to deter corruption.

Nevertheless, major use cases show how the blockchain technology can be used to deal with and manage the weaknesses and frailties in existing systems. The use cases emphasize the significance and value of a multifaceted and thoroughly detailed approach to governance that is blockchain-based as well. In various cases, they too add in crucial limitations as well as drawbacks to the use of the blockchain technology.  Although these restrictions might abate advancements in the technology, it is vital that governments evaluate not only the benefits but also the cost of a system of governance that will be based on the blockchain.

So where can the blockchain technology be used? Below are a few: